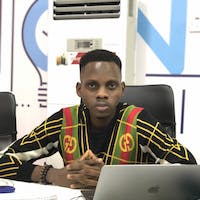 Writing clean and Maintainable Javascript might look like an elusive task for the majority. I have found myself in this situation several times and I still wonder how I will be able to fully grasp the language. The only thing I could resolve to, is to learn from Subject Experts and Understand how things work on the Subliminal level and also to learn the best practices of the Language.

In this article, I will be explaining one of the Tips for writing Maintainable Javascript. I have a lot of other tips to share but the article can get boring, so I would probably break it into a series

In the example above, the variable and function declaration was added to the window object properties even though there weren't set to do so

Why Should I Avoid Globals

The chances for name collisions increases as the number of global variables and functions also increase. Also, The chances of using a variable already declared accidentally in the global scope also increases. The easiest code to maintain is a code in which all of the variables are declared in a local scope. The global object is also where the native Javascript objects and properties are defined and by adding your own name to the global object, you run the risk of using a name that might be later provided by the browser later on

How to avoid globals

The Javascript window object has access to the variables as well as the getProfileDetails() function. It made the variable and function declaration global without our permission. Let's see 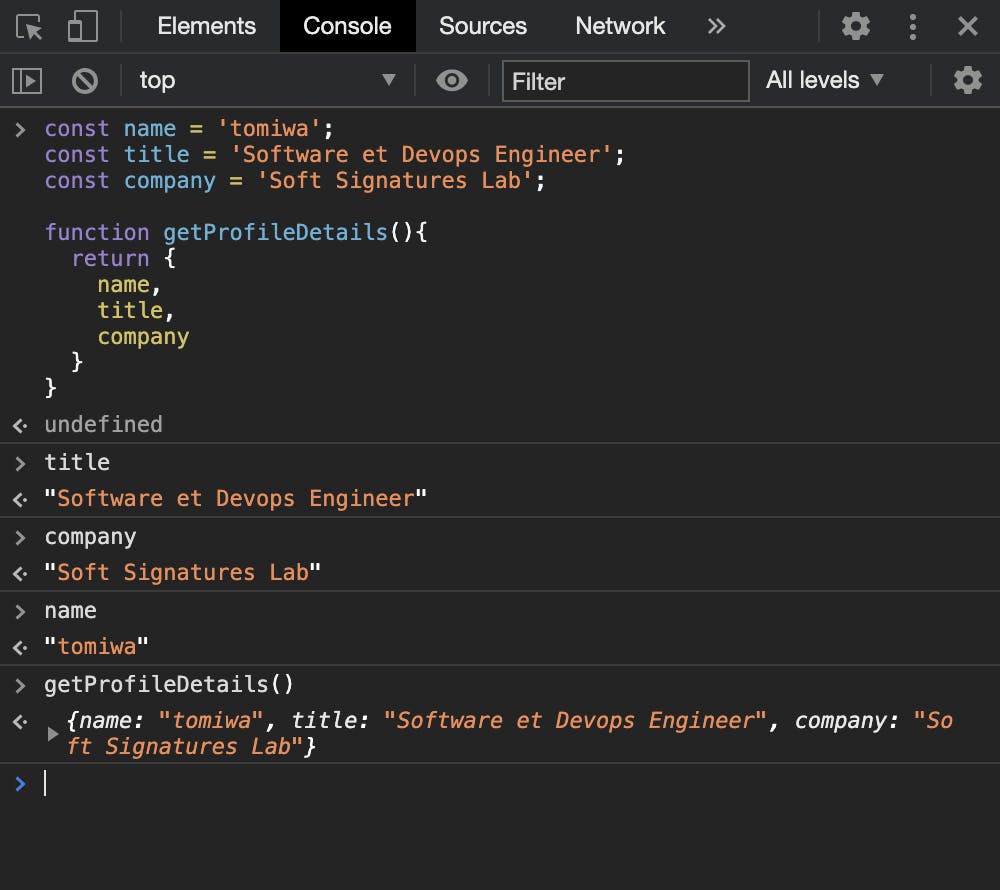 From the console, I was able to access all the variable and function declarations globally. Now let's Encapsulate it with Closures.

With closures the function becomes

You should notice that with closures only the profileClosure function will be accessible to the global window object. Every other thing has been encapsulated with closures. See image below 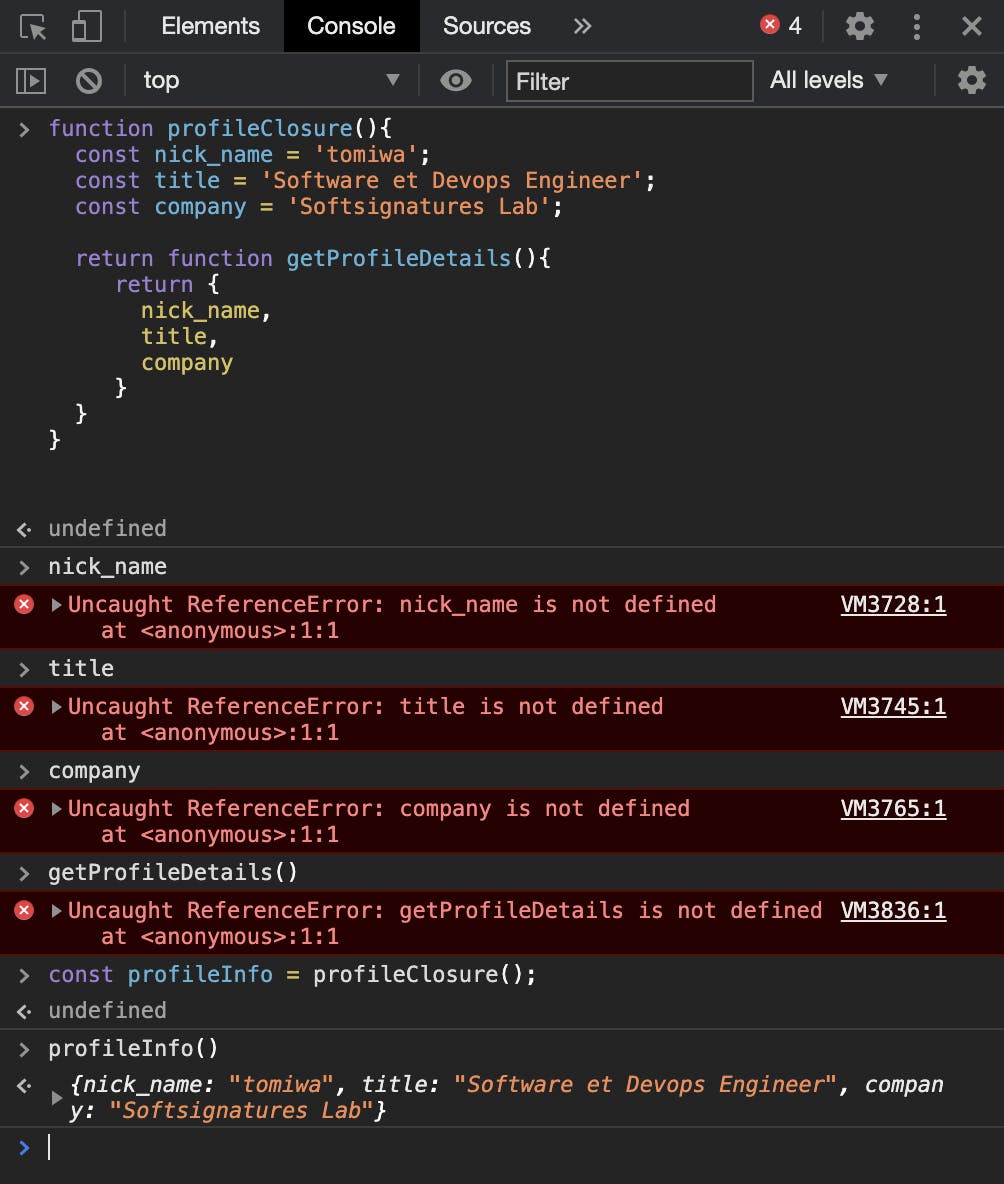 Using IIFE also allows you to avoid polluting the global scope. With IIFE, the function above becomes

Things get more interesting with IIFE, the profileClosure function is no longer available with IIFE 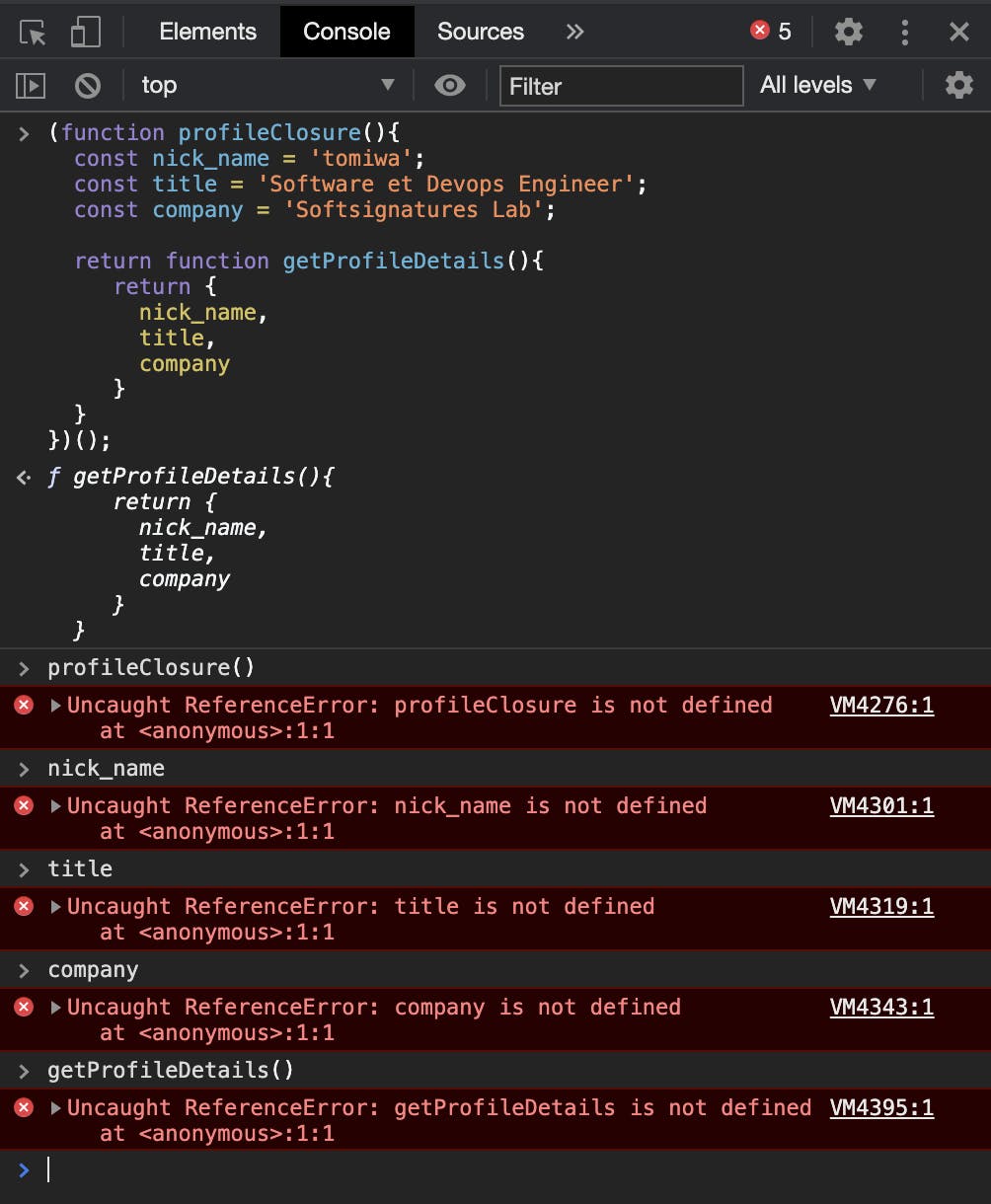 The reason why it's not seeing the profileClosure function is that it's seeing it as an expression. So with the brackets wrapped we are saying that, hey, this isn't a function declaration, it's a function expression. So the Javascript engine won't see function as the first item on the line, instead, it's going to see these brackets

Since the anonymous function within this IIFE is a function expression, and it's not being assigned to any global variables, no global property is really being created. And all the properties created inside of the IIFE are going to be scoped there. It’s only going to be available inside the IIFE but not outside.

But what happens if we need to access some of the functions and variables in the code?

Using a single global object with IIFE allows you to manage your variables and functions and only return the ones needed. 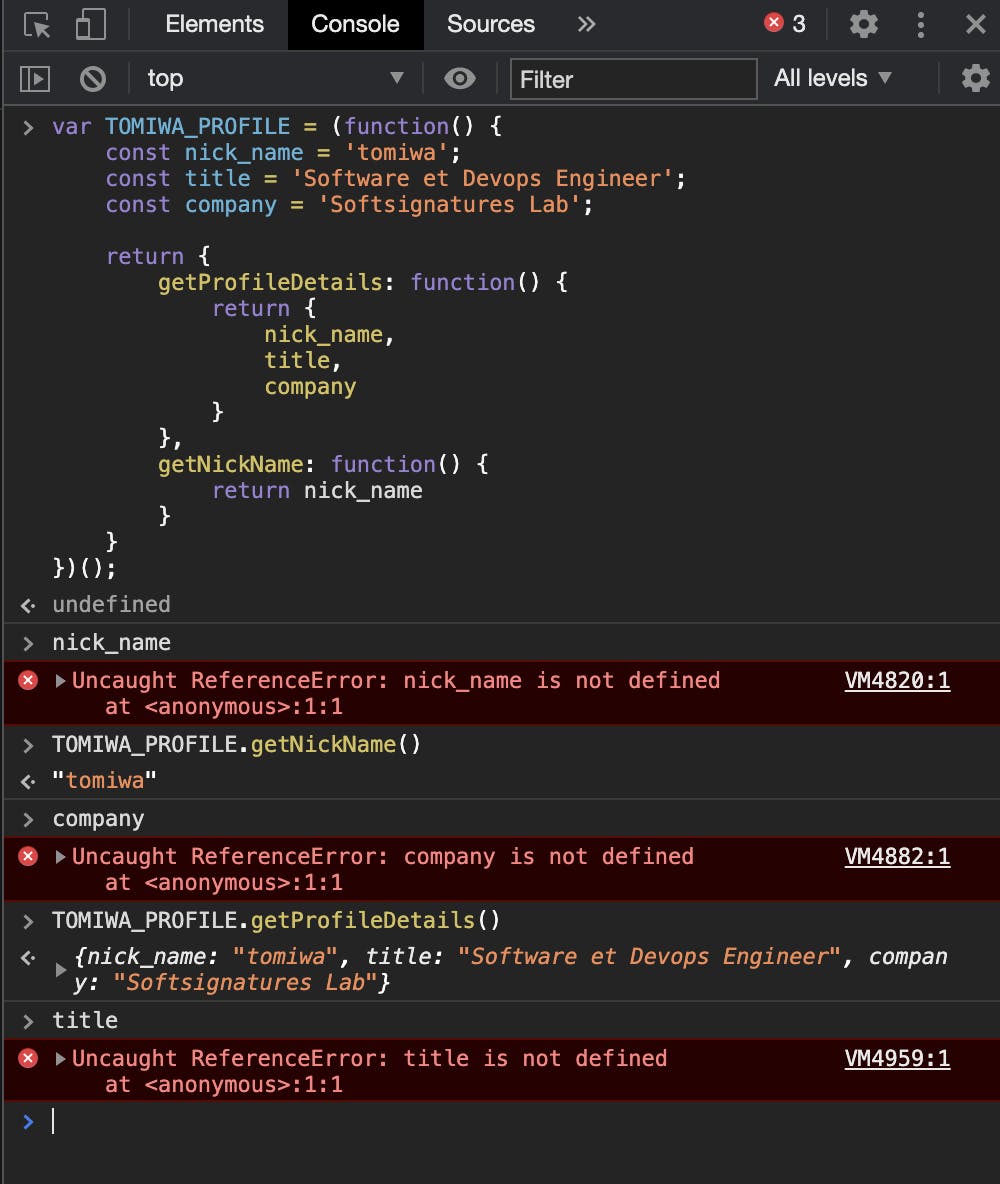 In the screenshot above, it's clear that we can't access the company, name, and title directly but the getCompanyDetails function can. This is one of the powers of closures. It makes you write code like a Ninja

To avoid polluting the global scope

Writing maintainable javascript requires learning patterns from the expert and trying to apply what we've learned into our daily work. It can be tedious at the beginning but over time, it begins to pay off. This also shows we care about the code as well.